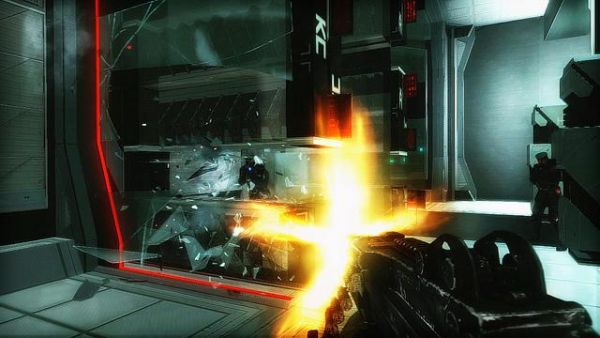 Guns.  Explosions.  Bodies.  This seems to be the lasting impression that Codemasters are trying to give us with the newly released images and video from the upcoming Bodycount.  What the game may lack in original ideas it hopes to makes up for in *boom* impressive *bang* visuals *tat-tat-tat-tat* and dynamic action *um.. Kablamo!*.

Bodycount will not have campaign co-op, but will have a specific mission set that two players can play together online.  Perhaps you can take it in turns to count the bodies you create:

1. shotgun blast to the face

3. fell off the edge of the map by accident

4. thought it would be funny to kill my co-op partner

No matter how good, or bad, you are at math, you will enjoy the new footage of the game. Keith should not have eaten that vindaloo last night

Update: The Official BodyCount Twitter feed has announced the game will be coming to North America on August 30th and the EMEA on September 2nd.  For a game that's gone dark for such a long time, it's pretty surprising to see it coming out in two months time.  It'll be released on the Xbox 360 and PlayStation 3.