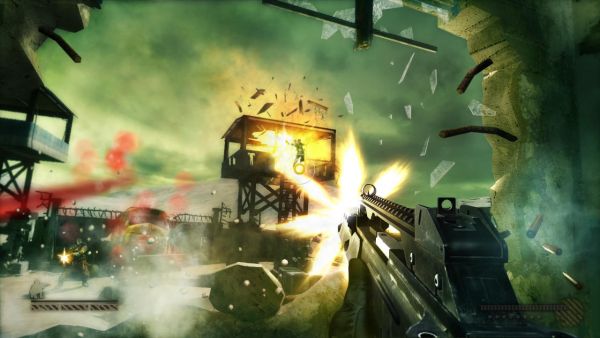 This four minute video from the creators of Bodycount is all about the guns.  As you'll see in the clip below, the developers aren't trying to bring a million weapons to the table.  They're focused on a few guns, and "polished the hell out of them."   The firearms look and sound great.  Environments absolutely shred beneath the barrage of bullets you can unleash.  The shotgun is a total beast.  One thing really stood out to be in this video: the apparent lack of iron sights.  They call it both a "semi-iron sight" mode and a "focus" mode.  I don't know what FPS players will think of this feature.  Check out the video and let us know what you think of the aiming and cover systems.

Bodycount will be out on August 30th for the Xbox 360 and Playstation 3.  It supports 2 player online co-op.