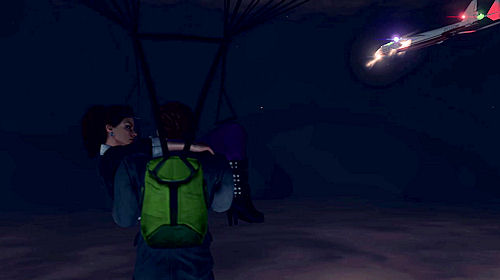 It's rare that a trailer for a game can make you sit on the edge of your seat while watching it.  If the video of the gameplay is capable of making you do that, imagine how the actual gameplay is?  The latest trailer for the two player co-op Saints Row: The Third is taken from a mission that finds the gang on an airplane...but not for long.  Soon it's a free fall battle in the skies over Steelport.

We can only hope more of the game has missions just like this.  While I'm not a huge fan of the QTEs that show up, it's still a pretty inventive scenario with a great payoff.  Saints Row: The Third is out this fall on Xbox 360, PlayStation 3 and PC with two player local or online co-op.