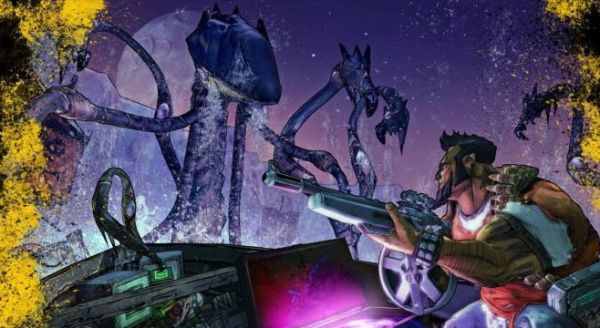 The first screenshots of Borderlands 2 have leaked out.  There's no word on where Gamersmint got this grabs from, especially since Game Informer has a one month exclusive on the game going on right now on its site and latest issue.  Still the screens look pretty clear and don't appear to be scans, though they aren't really high resolution.

Most of the screens feature our first new character, Salvador the Gunserker Dwarf.  While the style looks similar to the previous game, the colors seem to pop even more.