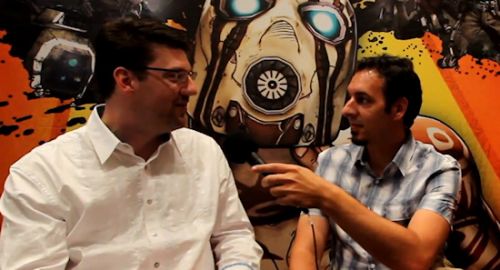 One of our highlights of E3 was when we got to talk to Gearbox Software's President, Randy Pitchford.  The studio has cranked out some great co-op games over the past few years including the insanely popular Borderlands.  Now, with three co-op games on the horizon (Brothers in Arms: Furious 4, Borderlands 2, and Aliens: Colonial Marines) the studio is fully invested in co-op...but why?

Pitchford chats with us and tells us why he thinks co-op is so special and appealing and how community stories from their games drive to succeed.  He even drops some co-op science on the games industry in general.

Randy is one of the most passionate and dedicated developers in games on top of being an all around nice guy.   Definitely one of the highlights of E3 2012 for the Co-Optimus team.