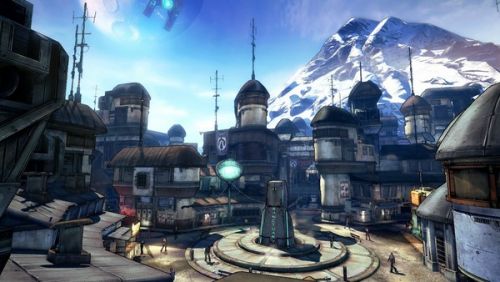 After the new Mechromancer class DLC went live yesterday on all platforms, the PS3 version in particular had its hand in revealing the future Campaign add-on early. Through a bunch of new PlayStation 3 Trophies relating to the unavailable DLC being uploaded to the PlayStation database, we can look forward to even more Borderlands 2 content already lining up for us.

It looks as though the 1st expansion to hit Borderlands 2 will be named “Captain Scarlett and Her Pirate’s Booty” (get your mind out of the gutter) and will feature a wide arrangement of brand new features, a new area to explore called “Oasis”, new missions to conquer, more weapons (like we need more), boss battles, and rarity levels. Even more information on the DLC has been discovered through the Steam version’s files, where Gearbox had posted themselves on their official forums (you can read the story’s entire script as well, though we wouldn’t want you to spoil the fun for yourselves).

Though we look forward to Captain Scarlett and Her Pirate’s Booty, we’re waiting on Gearbox to announce the official title of the DLC soon.  If you preordered Borderlands 2, or already purchased the Season Pass early, then you’ll be all set to go to grab the new content when it arrives. In the mean time, have fun playing as Gaige,  The Mechromancer!