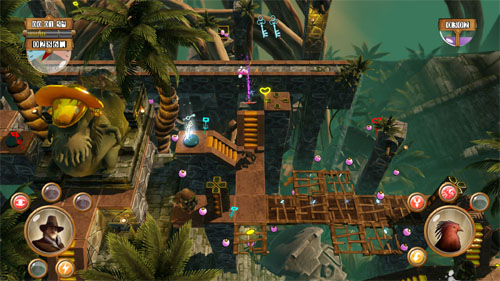 Indie adventure co-op game Hamilton's Great Adventure has finally gotten a release date for PSN: August 24th. Released on PC at the end of May, the game has been praised for its family-friendly gameplay and impressive level design as well as likened to an Indiana Jones type of puzzle game. Since the PC version only featured local 2-player co-op for protagonist Ernest Hamilton and his pet bird Sasha, it's likely the PSN version will only have local as well. Hamilton's is priced at $10 on PC, so hopefully the PSN version will be similarly priced.

Though an XBLA release of the game is still planned, the release date on that console is still forthcoming.