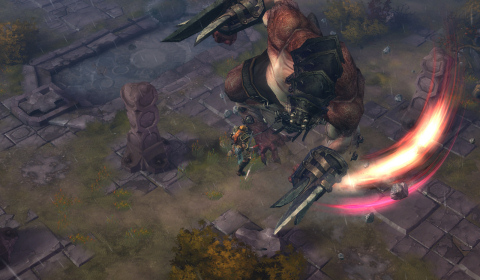 The news just keeps on rolling in today.  Between the Tokyo Game Show and this weekend's BlizzCon, it's a busy time for those craving gaming information!  According to the BlizzCon program guide, some new Diablo III information will be revealed today.  The biggest news is the hint of a "new champion" who will join the Witch Doctor and the Barbarian, previously announced.  As soon as the news hits, we'll let you know.  Personally, I am pulling for the Rainbrow Brite class, though I'm not sure that would translate well into a male version.  (Gotta love that mount, though!)  In any event, check back later today for the actual announcement!