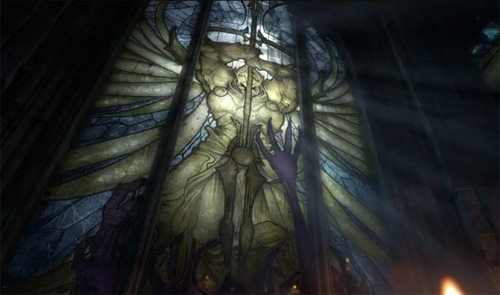 There are those that said this day would never come.  But come it has, the day your mouse cries out in terror as you click it thousands of times per minute.  It's been 12 years since Diablo 2 was released, but Diablo 3 is finally here - and he's ready, willing and waiting.

Diablo 3 launches today, May 15th on the PC and is available via digital download through Blizzard or at retail outlets in both standard and collector's edition.

Diablo 3 Beta Impressions - "There’s no rainbows, no unicorns, not even a pony to be seen. It all looks and feels familiar, but it’s also very fresh."

Lead Designer Talks Diablo 3 Lore - "Listening to background information while hacking and slashing through monsters sounds like a win/win situation to me. "

Diablo 3's TV Commercial Reminds You to Call in Sick

And going way back...

In Other News - Diablo 3 has too many Rainbows - " I was so busy watching a wall of zombies and exploding angels that I guess I missed the rainbows."