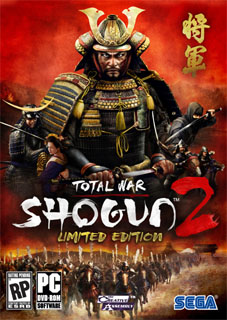 Today developer Creative Assembly announced details for the two different North America editions of Shogun 2: Total War. There will be two available editions: the Standard Edition (the core game experience) and the Limited Edition. The Limited Edition will score you a unique playable faction (the Hattori Clan), an additional battle scenario ("Nagashino"), a full set of armor for your online avatar, and a starting bank of XP to spend on your online character. Well now doesn't that sound fancy? Now you have the option of making your Standard Edition buddies jealous as they watch your shiny Hattori Clan units strutting around on the battlefield during your fully cooperative campaign sessions.

There's no word yet on the pricing details of the Limited Edition. Shogun 2: Total War releases on PC March 15, 2011.