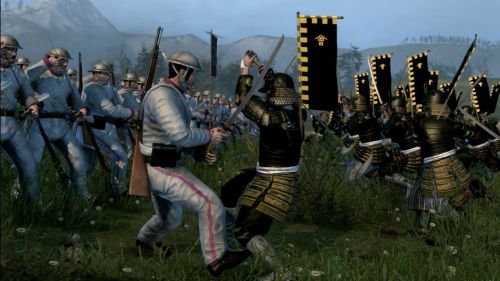 Total War: Shogun 2 - Fall of the Samurai is based around the Japanese conflict known as the Boshin War. The Shogunate (samurai class) battled against the Emperor in order to determine whether or not Japan would modernize. We all know how it really ended, but the game allows players to usher either side to victory. It will support 2 player online co-op, just like the main Total War: Shogun 2 game. See our co-op review for multiplayer details.