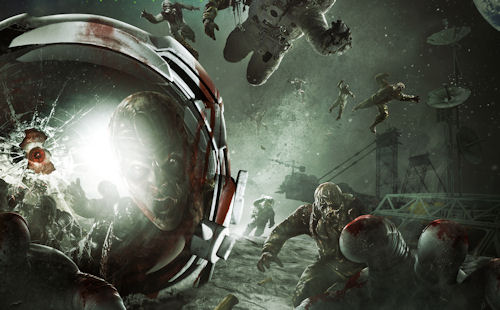 Here we go folks!  We've got a handful of codes to give out to a few lucky winners for the latest Call of Duty: Black Ops map pack called Rezurrection.  We've been talking about the co-op exclusive DLC since it was announced, and now that it's out on Xbox 360, it's time to actually dig in.  We'll have our impressions up in a day or so, but in the meantime we wanted to give you a chance to get your hands on it.

All you need to do is leave a comment below and tell us what planet/universe/setting you'd like to kill zombies on.  Rezurrection contains the brand new "Moon" map which features zombie killing on the Earth's moon - but we're sure the internet can come up with a better setting than that!

We'll draw three winners this Friday, August 26th so you'll have time to play the map pack for the weekend.  Good luck!