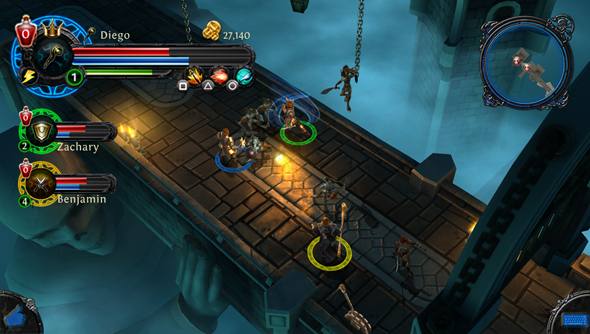 By now we've all been bashed over the head with franchises that are purportedly getting PlayStation Vita iterations next year, so I won't repeat them here. New titles, however, have been added by Ubisoft and Sony in an announcement made during Gamescom.

Along with a standalone Assassin's Creed game, a Lumines title, and racer Asphalt, Ubisoft and Sony announced ports of Rayman: Origins and Dungeon Hunter: Alliance, respectively.

Both games feature four-player co-op throughout their campaigns, and on a related note: Alliance was well received in our review earlier this year. These two games should prove to be yet more reasons to look forward to the Vita next year.