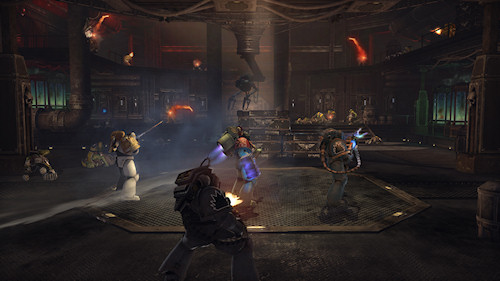 We poked and prodded, stopping short of threatening violence - but we just couldn't get the co-op details out of THQ for their upcoming action game, Warhammer 40,000: Space Marine.  Finally, mere days before release, we've got the official details of the mode.

The online only survival mode is called Exterminatus, putting a squad of four Space Marines against Orks and other baddies in a violent score based fight to the death.  There are three classes to choose from: the Tactical Marine, Devastator or Assault Marine and players will be able to utilize weapons and perks available to those classes from both co-op and multiplayer versus modes.

Exterminatus will be available as DLC in October and will be free to all owners of Warhammer 40k: Space Marine.  We've got the first screenshots of it in action right below.