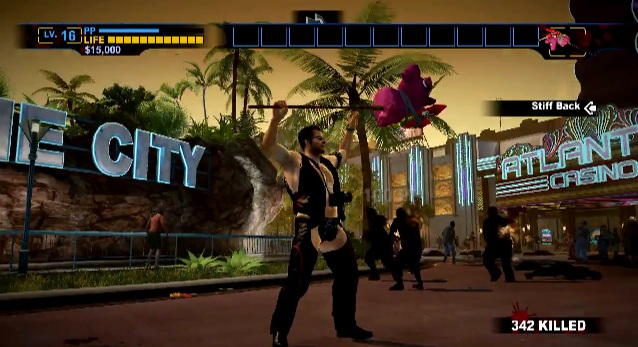 Dead Rising 2: Off the Record is coming out this October.  To celebrate we offer a festive new video featuring Frank West as he tries out one of the new combo weapons.  It's called the "Pegasus," and just like any decapitated plush unicorn, it positively radiates grace and majesty.  It appears to be a child's toy with some fireworks duct taped to it.   To operate, simply light the fireworks, then impale a zombie.  Kaaaaa-BOOM!  Also, Frank is apparently a leather daddy now.  You go, Mr. West!  I swear I could do image captures of DR2 and its many spin-offs all damn day.

Dead Rising 2: Off the Record will be gracing the PC, Xbox 360, and PlayStation 3 with it's presence on October 11th.  It will support two player online co-op.