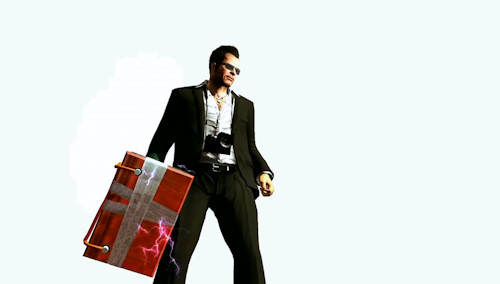 Capcom has revealed the official release date for Dead Rising 2: Off the Record, the alternate retelling of the second Dead Rising game featuring Frank West from the first Dead Rising game.  Got that?  Oh, right - the date.  October 11th on Xbox 360, PlayStation 3 and PC and it'll be $39.99 with two player online co-op.

What's even more shocking is the latest trailer we have for the game showcasing the "Electric Crusher."  It's a car battery...on a stick.  Frank  swings that puppy around with ease as he sends bolts of electrical current through the undead followers earning himself plenty of PP.

Just don't stand in a puddle and use it Frank - or you'll be a zombie soon yourself.