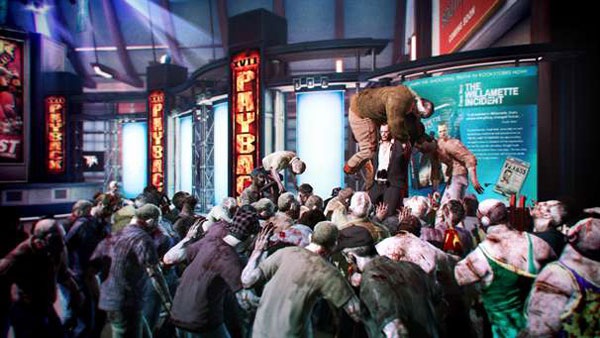 11th October 2011 is the date of the latest zombie uprising in the form of Frank West's return in Dead Rising 2: Off the Record.  To celebrate Capcom have released a gory launch trailer; off the record, on the QT, but not very hush hush.

The launch trailer gives an insight into some of the antics you and a co-op pal can get up to in the slightly redesigned Fortune City first explored in Dead Rising 2.  In addition to locations from the first game, the new game will feature a new Uranus zone, new weapons and new enemies.

Perhaps the most disturbing aspect of the launch trailer is the montage of returning psychopaths; including mental chef and crazy singer lady.  These were tough cookies to defeat the first time round, so tackling them again a year later may not appeal.  Hopefully some changes to the save function and the introduction of a free roam mode will make Off the Record a more rounded experience than its predecessor.

Check out the trailer below for some zombie casino action: