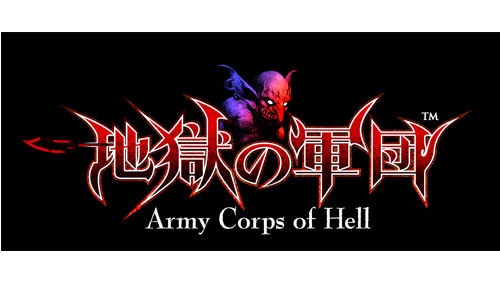 The PlayStation Vita may be a ways off for US consumers, but we can still get excited about potential co-op games.  Army Corps of Hell was just announced at the Tokyo Game Show.  It will launch with the new handheld on December 17th in Japan.  Aside from having a very cool title, the game has been reported to support  four player co-op.  According to Andriasang.com, "you play as a king of demons and must command an army of 100 goblins in the many floating islands that make up hell."  Sounds kind of like Overlord, but on an island paradise.  An island paradise - in HELL!  Mwa-ha-ha.

Check out the following pics.  We've got demons, goblins, and skeletons, oh my!  We don't have too many details, yet, but we'll be sure to share them with you when they surface.