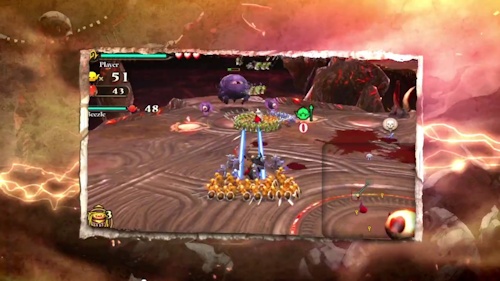 We're only a handful of weeks away from the PlayStation Vita launch, and one of the most unique looking co-op titles for the system is Army Corps of Hell.  The game is being published by Square-Enix and looks a bit similar to the Overlord games we've seen before.  In it you'll control hordes of goblins as you conquer monsters and other baddies all while thrashing to heavy metal music.  That last part I may have just made up, but after watching the latest trailer, I can't see it done any other way.

In the trailer we get a glimpse at the game's four player online co-op mode, which apparently is about strategizing with friends as much as it is griefing them.  Hmm...this might be the surprise hit of the PlayStation Vita launch for co-op fans.