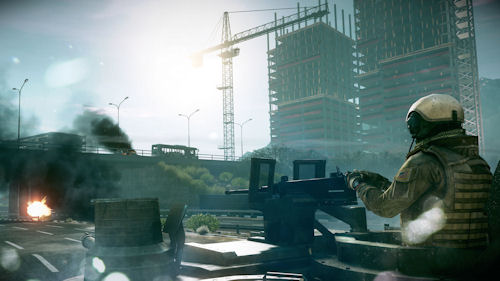 While we already knew that Battlefield 3 on the Xbox 360 would require two discs, one for Single Player and one for Co-Op and Multiplayer, we didn't know that the second disc would also contain a small bonus for Xbox 360 owners.

According to Gamerzines, the second disc will contain optional high resolution textures for the Xbox 360 version of the game which must be installed to the hard drive to utilize.  The reason for this has to do with disc read speeds, the DVD drives found in the console simply aren't fast enough to supply the higher resolution textures that the system itself is actually capable of displaying.  It's unclear if the PS3 is getting the same optional, high resolution texture install.

Update:  According to Giant Bomb, the PS3 is getting the same option.

There's only two weeks to go till Battlefield 3 is out on the Xbox 360, PlayStation 3 and PC.  For now enjoy some new screenshots with plenty of pretty textures.