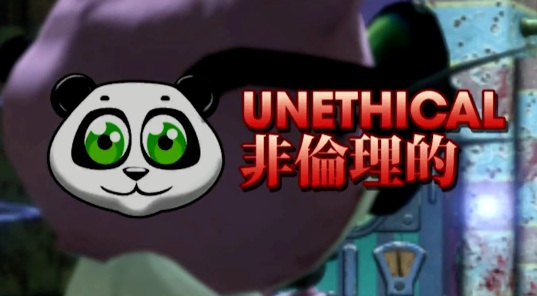 Saints Row: The Third keeps on churning out the videos.  This latest gem has even more footage from Professor Genki's Super Ethical Reality Climax.  It's just plain crazy.  This game has so many features, it's hard to keep track of them all.  After you recover from that weirdness, check out the second video.

Stephen Quirk, SR: The Third's lead interior artist, discusses the look of the Deckers gang.  The Deckers' leader looks like some sort of Max Headroom version of Michael Jackson.  And then it gets all Tron-y.  Quirk goes on to says the co-op is awesome, and I'm inclined to believe him.  You can tell he's super excited about the project.  At 2:12 he actually pauses to have a mental anticpation-gasm.  That's a helluva game.

Saint's Row: The Third will arrive November 15th on the Xbox 360, PlayStation 3, and PC.  It supports two player online co-op.