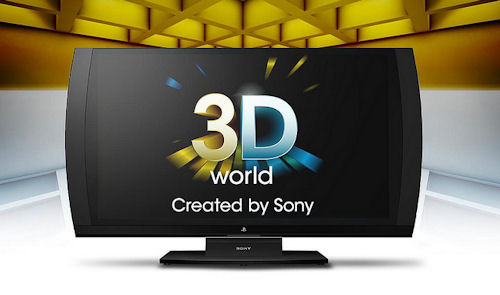 The first Sony TV with the much lauded SimulView technology will be available for purchase on November 13th worldwide.  The 24 inch 3D TV utilizes a set of 3D glasses for each player to create two distinct 2D images - thereby eliminating an actual split-screen setup and allowing both players to look at the full screen.  We had some eyes on time with the TV back at E3 and came away pretty impressed - but one thing has changed since then - the bundled game.

Originally the Sony 3D TV was going to include Resistance 3, but that game has since been changed to Motorstorm: Apocalypse.  If you pre-ordered the TV before October 1st, you'll still get that copy of Resistance 3 as well as the bundled game.

It should also be noted that not every game supports the SimulView system, it needs to be coded to take advantage of it.  At launch there are only four games that support this - MotorStorm Apocalypse, Gran Turismo 5, Killzone 3, and Super Stardust HD.  The latter two do support cooperative modes of play while the first two are racing games - which aren't co-op games.  Sony has promised numerous other games will support SimulView and will be announced shortly.  We'd imagine the original bundled game of Resistance 3 would be one of those. What other features does the 24" TV hold?  You've got two HDMI 1.4 ports, component in, and a headphone jack on the back.  The TV utilizes LED lighting and a 240Hz refresh rate.    All in all it's an impressive package which also includes a pair of redesigned 3D Glasses for $500.  Extra sets of the universal glasses will cost $69.99 making the total package price to get up and running in SimulView about $570.

This looks like a great TV for Dorm Rooms and Home Offices and a very reasonable price for entrance into the 3D market.