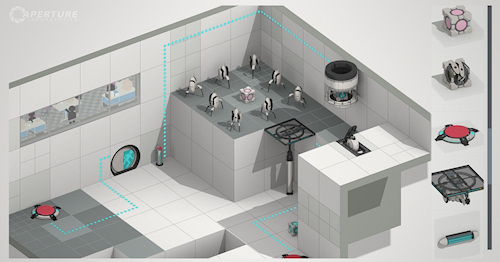 The first Portal 2 downloadable content, ‘Peer Review,’ added a new challenge mode and co-op levels. Valve has just announced a second DLC that doesn’t seem to include new levels, per se. Instead, it will bring a full-on in-game level editor. The thought of cooperatively designing levels with a partner is certainly enticing.

The new DLC doesn’t have a name yet, nor do we know if it’s coming to Xbox 360 or just PC. We do know players will be able to share and rate levels ala LittleBigPlanet. That could relegate the new content to PC-only status as Microsoft has a well-known aversion towards user-created content.

The Portal 2 level editor is targeted for an early 2012 release. We’ll update as more details emerge.