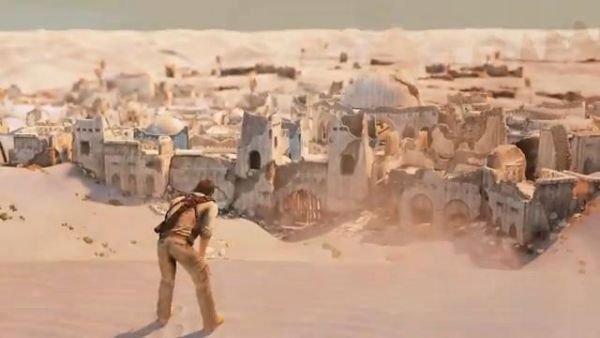 Happy Halloween, folks!  We have a few high profile co-op releases this week.  Game titles boasting high impact words like "survival," "war," "deception," and "otomedius."  Wait, what the hell is an "otomedius?"  Let me Google that.  Oh.  O-o-o-h.  Moving forward.

Cabela's Survival: Shadows of Katmai (360,PS3,Wii)  Four players can take part in a shooting gallery full of animals.  You know, like they have in Ohio.  4 player local co-op

The Lord of the Rings: War in the North (PS3,360,PC)  Players will take the role of three new characters in an adventure that wasn't quite important enough to get more than a mere mention in the Lord of the Rings trilogy.  Still, the videos look epic.  2 player local co-op, 3 player online co-op, combo co-op

Uncharted 3: Drake's Deception (PS3)  The third game in the Uncharted series looks fantastic.  Just click on the link to see one of our many previews on the upcoming show stopper. 2 player local co-op, 3 player online co-op

Otomedius Excellent (360)  It appears to be some kind of hybrid of anime, boobs, and space ships.  The internet wins again?  3 player local, 3 player online

...and here's the rest of the week's releases, complete with Amazon links.  Use the links to help support Co-Optimus!  If we missed a co-op game, let us know in the comments section.