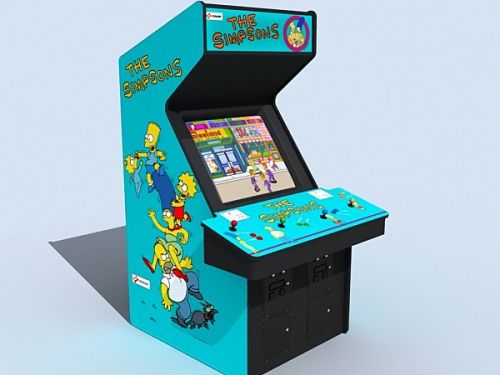 When Konami finally brought X-Men Arcade to home consoles last year, thousands of arcade and Marvel Comics fans rejoined. It looks like we’re in for a repeat sometime soon, as an enterprising reader over at XBLA Fans has discovered a rating for Simpsons Arcade from the Australian ratings board. It’s coming to Xbox Live Arcade (and possibly Playstation Network as well).

The Simpsons debuted in arcades in 1991. It’s a 4 player beat-em-up in the vein of Konami’s other games from that era; see our Co-Op Classics article for a full description. The game has never been ported to home consoles – doh! Yet it did receive a scaled-down PC port back in the day. The iPhone Simpsons Arcade game from EA is inspired by the original arcade title but is a completely different game, so don’t get them confused. Finally being able to team up with friends on the couch or online to rescue Maggie from the insidious Mr. Burns is a pretty special thing.

Little is known about the XBLA version of Simpsons Arcade at present other than it’s being published by original creator Konami and developed by Backbone Entertainment, the folks who did a mostly great job on X-Men Arcade (outside of online play issues). It will likely cost 800 Microsoft Points ($10) and debut on Xbox 360 before showing up on Playstation 3 a few months later. We’ll let you know as soon as more details emerge.