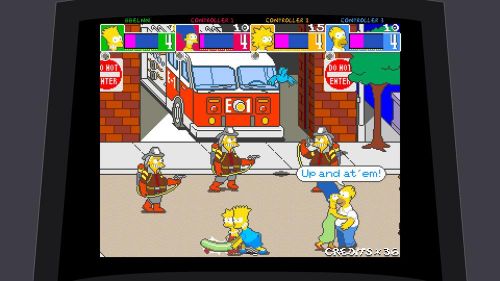 The Simpsons Arcade Game is out now on Xbox Live Arcade, ahead of the game's launch next week on the PlayStation Network.  It's an odd day to release an arcade game, typically XBLA gets new releases on Wednesdays.  It's good news though if you are fans of the game, as now, you and your friends and family have weekend plans.  Seems like you'll have something to do just in time for your Super Bowl party.

The game will set you back 800

on XBLA while PSN+ subscribers get the game for free.  If you aren't a PlayStation Plus subscriber the game will set you back $10.  The Simpsons Arcade Game supports four player co-op, with combo co-op for local and online play.