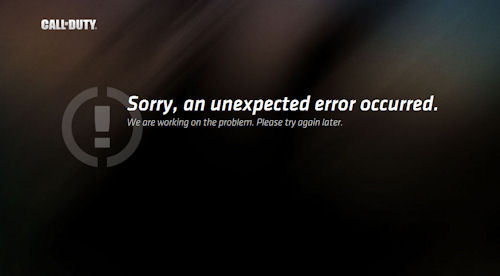 Call of Duty: Elite, Activision's premium service for CoD players is still down - 2 full days after the launch of Modern Warfare 3.  The reason is pretty obvious, they were woefully under prepared for the volume of traffic the website and service was going to do.  This really shouldn't come as a surprise, MMO launches on the PC typically have this problem, and while Elite isn't exactly an MMO launch itself - the scale of it seems to be similar.  Some estimates put Modern Warfare 3 on track to sell over 15 million copies across three platforms by the end of the year.

According to the official CoD Elite Twitter feed, the company increased server capacity by a factor of four on November 9th, the day after the game launched.  That seems like a pretty big underestimate of the traffic the service was planned to do.  The team appears to not only be throwing hardware at the problem, but coming up with software solutions too.  Another tweet indicates a queuing system being implemented, which again, is very similar to what a lot of MMOs do for access to servers.

Of course, this is just a service that enhances the game with stats, videos, tournaments and more.  It offers both free and premium tiers, so it's not like people aren't able to actually play Modern Warfare 3.  That was a problem which recently affected Battlefield 3 - people weren't actually able to play the game because of capacity.  It become such a huge problem there that EA created a status page for the game.  Activision's PR man, Dan Amrich, has created something similar for Elite.

So if you've been trying to get into Call of Duty: Elite to see how well you're doing on the Spec-Ops leaderboards, upload videos of your sniper kills, or anything else - be patient.  The team seems to be working around the clock to get things up and running.  My guess is those that signed up for the yearly subscription will not start losing time on the clock until things are actually stable.