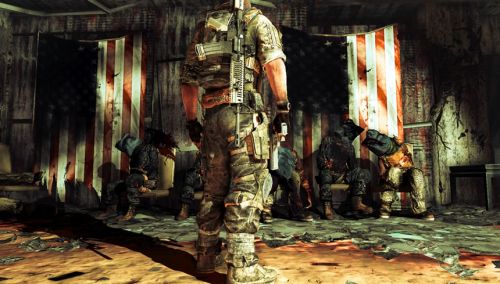 The new trailer for Spec Ops: The Line is intriguing to say the least.  It looks as if this will be more than just a simple military shooter.  After a natural disaster eradicates Dubai your team is tasked with tracking down the US Army's 33rd Infantry.  The 33rd was believed to be KIA until the outside world received a weak distress signal.  Oh, yeah, they were led by a Colonel named John Konrad.  Get it?  No?  Then read a book.

Spec Ops: The Line is a squad-based third-person shooter.  It supports three player online co-op, and it will be available for the PlayStation 3, PC, and Xbox 360.  The trailer says it's "Coming Soon."  I'm going to guess early 2012-ish.