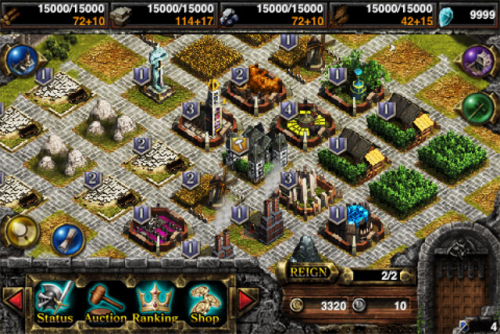 As the Playstation Vita draws nearer to launch, developers continue to announce new and exciting games for it. A title that really peaks my own interest is Samurai & Dragons, a combination action-RPG and city building simulator. If that wasn’t a promising enough description already, it will also pack four-player co-op support. Is it okay to get excited now?

The action-RPG portion of Samurai & Dragons sees players teaming up to enter dungeons (complete with bosses) in search of shiny loot. The city building portion allows players to build and grow their own personal kingdoms, forming alliances and challenging other kingdoms. Between the two gameplay styles, a huge potential for fun awaits.

We don’t know much about Samurai & Dragons just yet, but it’s expected to support touch-screen controls and some form of online connectivity. Sega will reveal more details at the Jump Festa event in Japan on December 17.