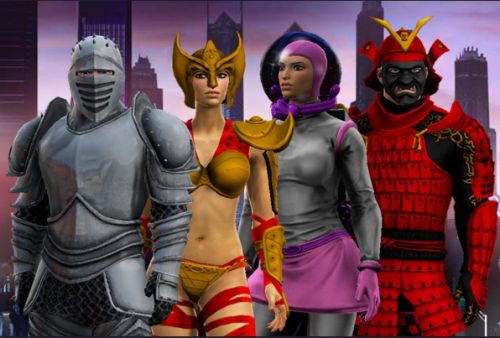 I think we can all agree, Saints Row: The Third is a damn fun game.  I think we can also agree that the real gangsters are working at THQ.  Two bucks for some outfits?  What the hell, guys?  I understand that everyone likes to make money, but SR3 feels like it's been parted out and sold to us through a chop shop.  Oh well, if you don't like it, don't buy it.  I, however, need a samurai mask and warrior princess underoos for my character, so it looks like the joke is on me.

While the early downloadable content has been lack-luster, some upcoming add-ons pack more of a punch as far as new missions are concerned.  We reported on the $20 Season Pass and the three different mission based DLC's last November.  Now we have some details on the first add-on, titled "Genki Bowl VII." Xbox360Achievements recently posted the ten new cheivos that will accompany the DLC. As usual, things look remarkably ridiculous:

From this information I have deduced that there will be flamethrowing cars, an island, mascots, depressed pandas, felines with daddy issues, and Yarngasms.  I'm in.

I originally read "yarngasm" as "yawngasm," which I found both depressing and incredibly intriguing.  I'm picturing some type of vaguely arousing outercourse involving a pair of Forever Lazys.

Speaking of insane outfits, there is one good thing about the wardrobe DLC: videos pimping out the digital threads.  Enjoy!

... as will the Explosive Combat Pack.

The "Genki Bowl VII" DLC should be out this month.  I'm anxiously await the promo vid.  Pricing has yet to be determined.  The DLC should be available to co-op players, so long as they have both purchased the add-on.