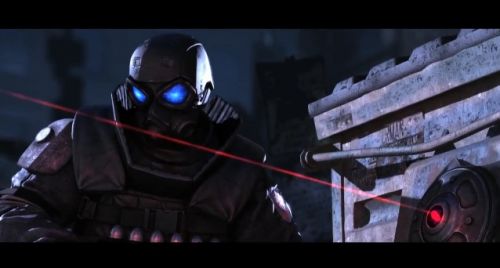 The new trailer for Resident Evil: Operation Raccoon City doesn't have gameplay footage, lacks any real co-op information, and seems to showcase the player versus player elements of the game. That said, plenty of stuff gets shot, stabbed, 'sploded, and sworn at.  The trailer is action packed, and really tickles my fun zone.

Despite the PvP action depicted in the video, the game will have a four player cooperative campaign.  Judging by this trailer, and knowing that we will most definitely be playing as the Umbrella forces, I wouldn't be surprised to see dueling campaigns featuring both sides of the conflict, similar to how Lost Planet 2 featured different factions.  Does it make sense? No, but neither did any of the story elements of LP2.  The non-Umbrella personnel depicted in this trailer are more than faceless enemies.  Giving them their own side of the story seems like a logical conclusion.  Of course, it will probably be a paid DLC add-on.

Resident Evil: Operation Raccoon City will launch on March 30th for the 360, PS3, and PC.  You can see our hands-on co-op preview from last year's E3 here.