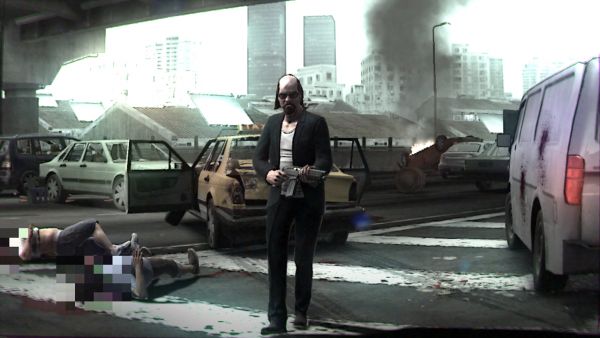 Rumors are flying around the interweb this January, like bullets in a gritty YouTube style computer game. If the concept of a Teenage Mutant Ninja Turtle or Thief co-op game was not enough, the mill-that-is-rumor has just ground out a new tip in the form of SquareEnix trademarking the term 'Sleeping Dogs'. Is this their attempt at rivalling Nintendogs? Possibly, but more likely a follow up to Kane and Lynch: Dog Days. Finally an answer to the question; who let the dogs out? It was SquareEnix and IO Interactive.

The Kane and Lynch franchise has always received a mixed reception; Co-Optimus gave Dog Days a solid 3.5, but suggested the campaign was a little short. If the trademark 'Sleeping Dogs' does not convince you that a sequel to Dog Days is on the cards, Co-Optimus already brought you some evidence back in October when an IO Interactive job listing suggested they needed new staff for an online game.

Here is some visual confirmation of the trademark application courtesy of Neogaf: Do you think IO Interactive should make another Kane & Lynch sequel, or should they concentrate on bringing co-op to one of their other IPs?  (Hitman, Freedom Fighters, Mini Ninjas)