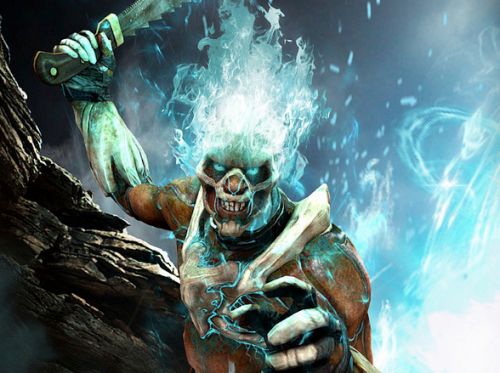 The reveal of the new Twisted Metal's online pass may have inspired some negativity among used game afficianados, but Sony seems intent on squaring that away with free goodies. Now that the game has gone gold (it comes out on Valentine's Day after all), the publisher has announced a new bonus: all new copies of Twisted Metal will include a Sweet Tooth multiplayer skin for Starhawk, the upcoming space-faring sequel to Warhawk. Gamers won't get to use the skin (pictured) until Starhawk launches on May 8, but it's definitely a cool incentive to pick up both tiles.

Co-Optimus previously reported that Twisted Metal's first printing would also include a free code to download Twisted Metal Black, the prior Playstation 3 entry in the series. That still stands, and now we know that the first run will officially be referred to as the Limited Edition. So buying early and getting the LE will net you a free game and multiplayer skin, but even if you wait for price drops you'll still get the Starhawk multiplayer skin. Just make sure to buy new if you want the bonuses and don't wish to pay for an online pass.

Twisted Metal arrives on Playstation 3 on February 14. It supports both split-screen and online 2 player co-op.