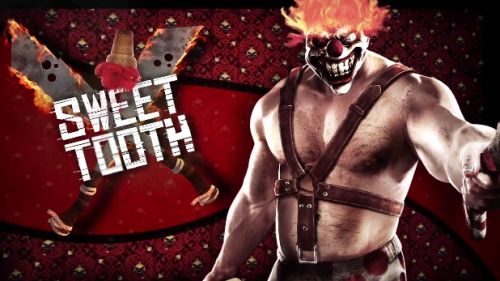 I know that many of you were preoccupied with your true love yesterday (the Mass Effect 3 demo), so you may have missed the return of the Twisted Metal franchise.  I was able to spurn Commander Shepard's advances long enough to get some quality time in with the car combat title.  After looking over the game's many multiplayer modes I realized I didn't have a clue as to how to set up an online co-op campaign match.  I knew the game supported online co-op, TM head honcho David Jaffe told me so (via Game Informer).  I sure as hell wasn't going to consult the manual, so I sought help from the almighty Google.

Much to my dismay, I discovered that online co-op has been dropped. !gasp!  According to Jaffe's own Tweets, (courtesy VideoGamer.com):

There is NOT online campaign co-op BUT there IS LOCAL split screen co-op.Does that help/make sense?I know it can get a bit confusing:)

Clear as mud, right?  I'll break it down for you.  The campaign can be co-oped only through two player local split screen.  Two players can also play the online versus modes through split screen on the same console.  Each has to sign in with a PSN ID.  You can play the game with four players locally via split screen, but you will be limited to the versus modes.  At least, that's my conclusion after powering up four controllers on my PS3.  Got it? Good.

When Jaffe was asked what the heck happened to the online co-op, his reply was short and to the point:

"Could not get it done and tuned in time."

Are you as bummed as I am?  I was hoping to play Twisted Metal's story with some out of town friends.  Here's a heartwarming launch trailer you can use to dry your tears.  I mean that figuratively.  Please don't wipe your face with your monitor.  You and I both know it's filthy.

Twisted Metal is out now, exclusively on the PS3.  It supports two player local co-op.  We will have a Co-Op Review up in the near future.