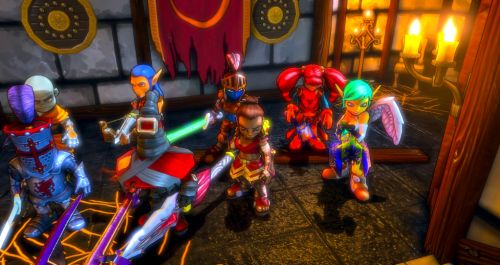 The PC version of Dungeon Defenders has been the superior version for numerous reason, the biggest being it's had a half dozen pieces of DLC already available.  The other being the game has been available for some ridiculously cheap prices on Steam.  While console gamers have gotten their own sale on the game, it hasn't been anywhere near as cheap.  Sadly it looks like console gamers aren't going to ever get the DLC for the game too.

After much thought and investigation, we’ve decided it’s unfeasible from both a technical and business standpoint to bring the PC-only content (Holiday DLC, New Heroes Pack, Barbarian, Assault Mission Pack, Nightmare Mode, Shops, etc.) to the console versions. This is for a variety of reasons including the massive restructuring of the current console game that would have to take place, the QA process necessary to prepare for submission, patch size limitations, patch stacking requirements, and the opportunity cost of pursuing other projects.

This means the 8 player co-op mode that was added to the game won't be able to be enjoyed on PSN or XBLA.  Sucks for sure, but hey, there's always Dungeon Defenders 2...right?