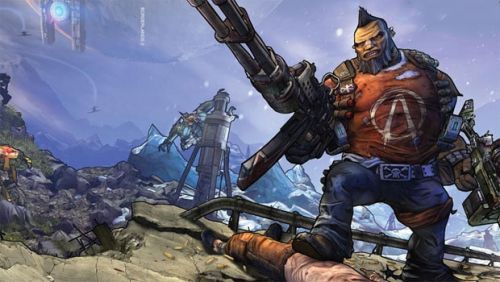 In an extensive interview with Borderland 2’s developer, Gearbox, we get a small scoop on the current standings of the game, as well as the co-op features this game will be packing.

Shaping up to be one of the most highly anticipated co-op games of 2012, we couldn’t hold back our child-like need to hear more about any new co-op features Borderlands 2 may bring us. Gearbox Creative Director Paul Hellquist and Lead Level Designer Jason Reiss described many of their personal findings and experiences in making a sequel to the 2009 smash title, giving us a closer look into the current development of their latest title.

Now, I don’t want to recite the entire interview for you, but there are few of these questions related closely to the co-op components that the staff of Co-Optimus hopes you'd want to focus on:

In a broader sense, in what ways have you looked at improving co-op play in Borderlands 2?

PH: There aren't a lot of games that embrace the split screen part of the market, and we found that Borderlands fans played an awful lot of split screen. So we’re looking to improve the interface for split screen, so the experience is better for those players in Borderlands 2.

We’re also allowing split screen players to go online, so you and your brother can be sitting on the couch, while playing with two other players online anywhere in the world. So we’re looking to bring the split screen experience to the larger co-op community as well.

Split screening is probably one of the most underappreciated aspects of any co-op related game. While many games do provide this feature, rarely does it satisfy those who are looking for a more pleasurable experience.

And have you looked to overhaul any elements of co-op in particular, such as loot and experience sharing?

PH: Not so much with loot sharing. We talked a lot about it on consoles but the interface challenges are pretty extreme. You know, in an MMO on PC you can bring up pop-up windows that sit on the side, and you can share inventory quickly like that.

But on a console, when every button is doing something important, this becomes tricky, and when there’s a lot of action, you don’t want pop-up windows obscuring what you can see.

We sort of embrace the ‘wild west’ nature of Borderlands 2 by taking a ‘let god sort it out’ attitude to who gets what when it comes to loot, and when working together in co-operatively play.

"Who gets what" definitely seems like a tricky thing to balance in these sort of co-op games. Whether you get to the items or kills first sometimes means the difference between fun gameplay or a horrible experience.

In terms of co-op questing, have you thought of new things for players to do together? Are you interested in things like in Gears of War where one player will hold open a door while the other slides under, or is that not the Borderlands style?

Gears of War can do a lot of those things because even if no one else is playing with you, the AI is controlling your partners. But in Borderlands 2 we don’t do that with the AI, as we want to focus on all of the other systems we deliver.

It’s great to hear that one can play the game alone or with friends and still have the same, action packed experience with either one. While co-op play with friend is always a nice thing to have, it’s also convenient to have your own “me time” and not have the game change whatsoever.

There is a big focus on both single player and co-op at play here. Do you think that competitive multiplayer would detract from what you’re trying to achieve in Borderland 2?

PH: We talked a bit about competitive multiplayer when we were in the early planning phases, and we really believe that our strength is in the friendly co-operative gameplay, so we just wanted to improve that experience, and improve the sense of connecting with your friends.

This includes finding your friend’s games easily, as well as connecting to them, and across all formats, this is amazingly much better than it was in the original Borderlands.

We really decided to focus on this, and to make sure our co-op experience is the best, so we chose to put competitive multiplayer on the back burner for perhaps a later day.

Thank god. One of the first things people talk about with a sequel is how much the game has changed its original format/style. If Borderlands 2 goes the multiplayer route and fails miserably, it could mean the end of the franchise. It’s just like the old phrase states: “If something isn’t broken, there’s no need to fix it.” In this case, however, they’re saying they’ll take what made Borderlands great to begin with and make it even better.

If you’d like to read the entire Borderlands 2 interview (which I highly recommend to anyone), be sure to click the source link at the bottom.