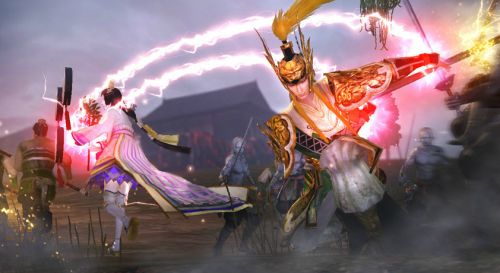 North American Playstation 3 owners looking forward to Warriors Orochi 3 will have to make due with a digital download version rather than boxed copies, as Sony has struck down a retail release for the latest Warriors title. The reason it can't be sold in stores? No English dialogue, though it does contain English subtitles. This esoteric mandate from Sony's US branch has caused other would-be retail titles to go straight to digital in the past as well. Presumably, the Yakuza games received retail releases due to either pressure from SEGA or a bargain of some sort.

Thankfully, other regions and platforms remain unaffected by SCEA. The Playstation 3 version of Warriors Orochi 3 will come to stores in Europe as it did in Japan. Playstation 3 games are region free, so importing is an option if you've got to have that box. The Xbox 360 version will also head to retail in North America and Europe.

Warriors Orochi 3 is a spin-off of Koei's Dynasty Warriors and Samurai Warriors hack-and-slash games. This installment includes a number of guest characters from other franchises. It features local split-screen co-op in Story and Free modes, plus online co-op for stages that have been completed offline.The US and European versions of the game will launch on March 20, 2012.