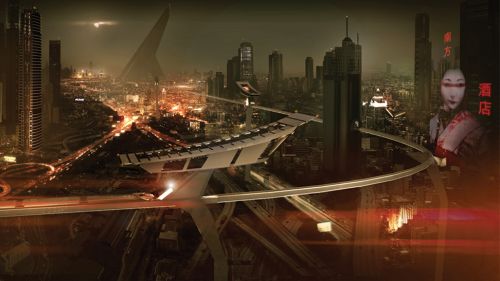 "What's a Co-Op Spotlight," you ask?  It's our way of bringing extra attention to major co-op releases on launch day, providing you with highlights from past articles, information on co-op features, and plans for our future coverage.

This weeks Co-Op Spotlight goes to Syndicate.  This is a reboot of a 1993 real-time tactical shooter.  Like everything else that's ever been rebooted, it's now an FPS.  As you might imagine, this hasn't gone over well with some old-school fans of the game.  You can see one fan's journey through several stages of grief in our featured stories below.

The Co-Op Experience:  Take the role of one of four different character classes and complete 9 dynamic missions.  You'll earn experience, points and upgrades to customize your character.

Riddick Developer Working on New Syndicate Title For EA -  "I have high hopes that Starbreeze can find it in their hearts to include a four player co-op option with the series renewal."

Syndicate Hands on Impressions, New Screens and Video - "...if the co-op campaign is as tight as the single player level I played we're in for an early treat next year."

Syndicate Co-Op Screens and Trailer are Something to Rave About

Syndicate Co-Op Demo Out Now - "Perhaps most surprising is just how configurable your agent and breaches will be to bring online, adding a significant RPG like element to the game..."

If you're not one for clicking links, we've provided the launch trailer for you: