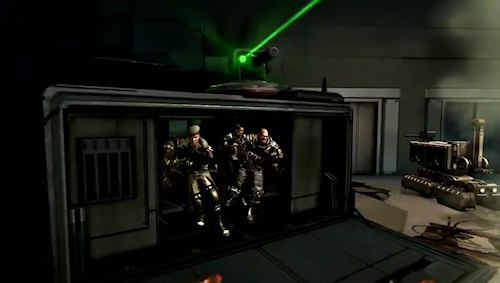 Welcome to 2012 folks.  We're officially kicking off the February hype for game releases today with a new trailer for Syndicate.  You've got just about a month of a barren release calendar until we've got an onslaught of quality titles coming at the end of Winter.  Then we're hit with the likes of The Darkness II, PlayStation Vita, and many others.

The new trailer for Syndicate showcases the game's nine mission online co-op mode for four players.  We're introduced to the team of four unique characters that you'll take through in missions that are inspired from the original PC strategy title.  You'll be invading rival syndicate headquarters, stealing blueprints and mods, and most likely - making things explode.

Syndicate  is our February 21st on the Xbox 360, PlayStation 3 and PC.  It offers 4 player online co-op.