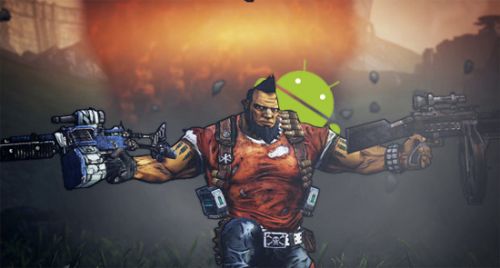 In about a month from now, new Tegra 3 devices will be announced, in which Borderlands 2 is said to make a grand appearance in the Tegra Zone.

For those who aren’t really familiar with Tegra 3, it is basically a computer chip used for smartphones and digital devices. It is designed to allow the maximum output of power for use of music and video playing, but without draining the battery of the device to quickly and allowing maximum performance of the hardware. Lately, they’ve been pushing games that specifically optimize the hardware and raise the limits of gaming software to the max.

Since last year, NVIDIA’s has gathered quite a rep for Tegra devices, bringing in couple million downloads and boasting almost 40 games made specifically for these handhelds. Making further use of this technology, games like Borderlands 2 and Demolition Inc. will make the cut for the new Android devices and give us some truly amazing games to carry along with us.

Scheduled for a summer release on Xbox 360, PlayStation 3, and PC, this is the first time anyone has seen a game with full console-quality being available on a Tegra device. The Tegra 3 is capable of PC-level graphics and functionality, however only a few developers are actually taking full advantage of the hardware (which is a darn shame, in my opinion).

It is still unclear how the co-op features will pan out with the announcement of its arrival on these devices, however, it is more than likely that Borderlands 2 will be making a strong entrance to the Android phone marketplace and take handheld gaming to the next level.

For all of us iPhone users, we shed a tear. At least we still have Infinity Blade.