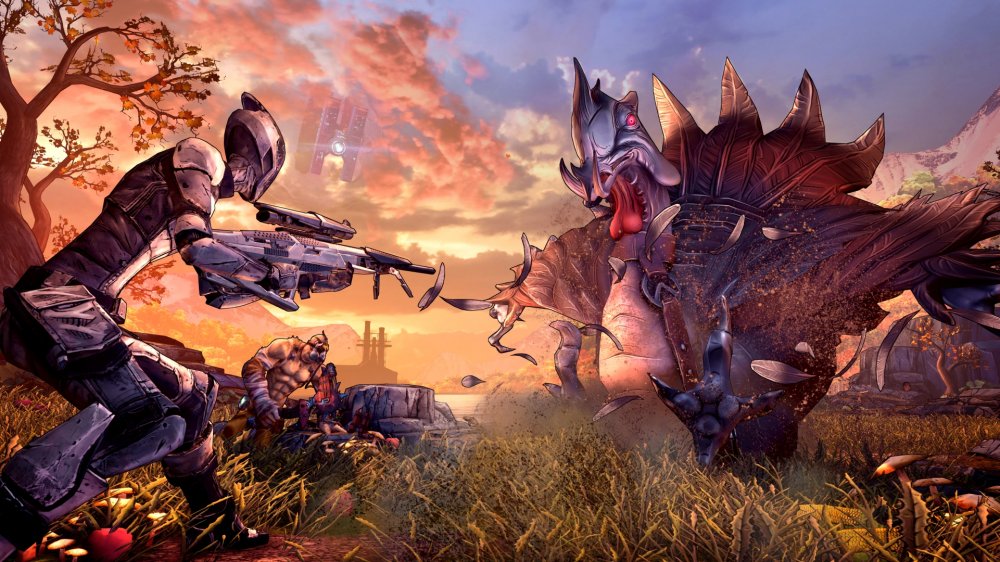 The second of the small, but satisfying Headhunter packs will be here soon, according to Gearbox. Just like for Halloween, Pandora will also have its own rendition of Thanksgiving via the latest Borderlands 2 DLC, “Horrible Hunger of the Ravenous Wattle Gobbler”.

Available on November 26th, aspiring Vault Hunters will experience a small portion of the world of Pandora with a Turkey Day themed look, but with a small twist. The story for this DLC once again follows the fan-favorite character, Mr. Torgue, who is hosting a Hunger Games-esque tournament,”Hunger For Violence” held annually on Pandora. The objective of this (rigged) tournament involves players hunting down, killing the ferocious Wattle Gobbler, and putting an end to the tournament for all time. Coincidentally, the second Hunger Games film, Catching Fire, releases this week as well, and just in time! Courtesy of IGN, we have a lengthy gameplay video of the DLC with commentary from Gearbox’s Josh Jeffcoat. Do check it out:

Just like “TK Baha’s Bloody Harvest”and the third of the Headhunter DLC packs, “How Marcus Saved Mercenary Day” will be available for only $2.99 on Xbox 360, PS3, and PC. So stuff your face (not too much, wouldn’t want to doze off) and give this content a try with a friend this holiday!