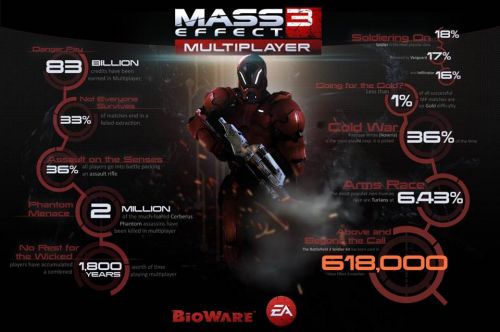 It looks like EA is taking a play from Call of Duty and Gears of War by having special weekend promotions for the multiplayer aspect of their game.  This weekend you an hop on Mass Effect 3's co-op gameplay with a chance to earn special item packs just by completing the following challenges.

To participate, all players must enable the data tracking option in the game (options-> online-> upload gameplay feedback-> make sure it’s "ON").  This is only available on the Xbox 360 and PC.

Here are some strategy videos released by EA and Bioware on the co-op.