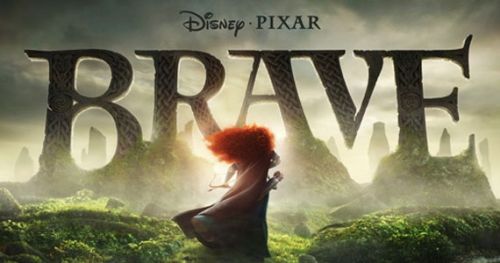 I'm a person of a certain age and should have grown out of cartoons by now, but when these cartoons are made by Pixar I can't help but get excited.  Pixar films are invariably great *cough* not Cars 2 *cough* and they often come with tie in video games.  This is the case with Brave: The Video Game, which will follow the co-op trend of Up and Toy Story 3.

Few facts are known about the game, other than you will play as the Merida an archer and hero of the film, as well as other cast members.  One thing that has been announced is some form of co-op:

Brave: The Video Game includes a single-player campaign, cooperative support, and an exclusive mode where players take on the role of a bear.

I don't know about you, but playing as a bear sounds fun to me - sneaking into people's back gardens to rummage through their bins.  Brave will also come with motion controls for those gaming platforms that support it; this means Kinect for the 360, Move for the PS3 and Wiimotion for the Wii.  PC and Mac users will just have to stand on their computer chair to add a sense of danger to the game.

There is no release date at the present time, but as the film is released on the 22nd June it would make sense to come out then (although Toy Story 3's release date did not coincide with the film).  Having played both Up and Toy Story 3, Pixar films don't make for the most original of game playing experiences, but they are solid family fun for those with young relatives.