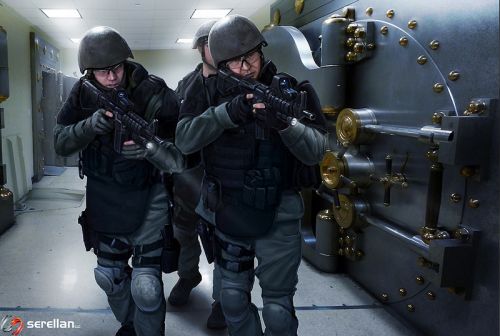 It was a few weeks ago we told you about Takedown, a tactical shooter from a new studio called Serellan that was being crowd source funded via Kickstarter.  Sadly though, the project is only about halfway to its potential funding with five days to go.  With several other high profile titles doing very well with Kickstarter lately like Double Fine's Adventure Game and Wasteland 2, something seems to have gone wrong.  Luckily studio head Chris Allen has seen the error of his ways.

The problems were two fold really; the team didn't quite seem prepared to answer the questions being asked and there wasn't enough content available to hook players into exactly what the project is.  So Serellan's answer?  Tie up Allen, put him in an abandoned warehouse and make him answer questions...hostage style.

The Kickstarter page for Takedown has also been updated with concept art for the game.  Remember, if you donate to a project and it doesn't reach its goal, no money exchanges hands.  It's all or nothing.

Takedown is a planned tactical shooter with both single player, co-op and multiplayer versus modes for PC and console.  Serellan is attempting to uitlizing the community to help build the game the way they want by voting on weapons and other in game decisions.  The funding for the game ends on April 1st.