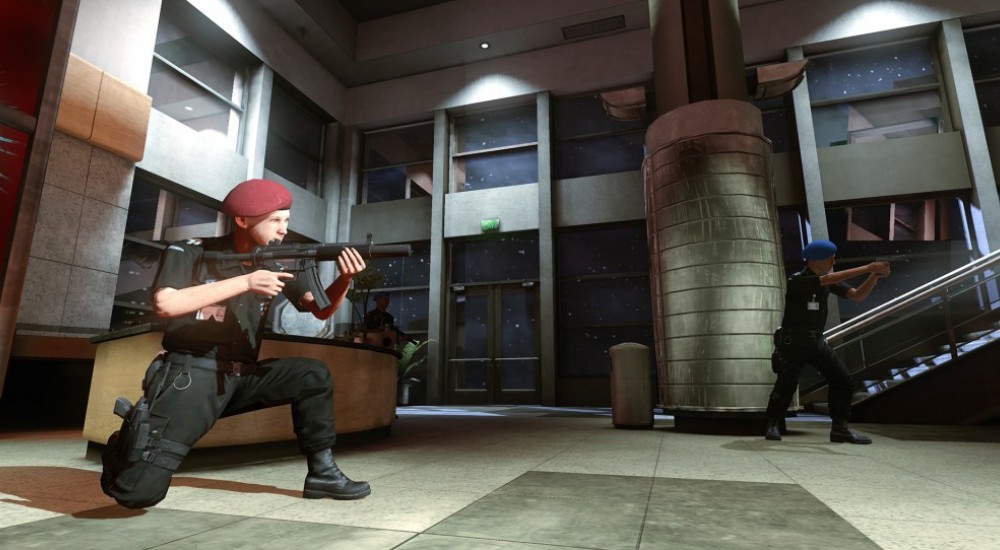 Takedown: Red Sabre just couldn't let you go without another launch trailer before it drops the 20th of this month on XBLA and PC. Following in the footsteps of Rainbow Six, Takedown sprinkles a dash of tactics to the standard FPS. Teams of six to eight players will infiltrate and pick off enemies in non-linear levels, making effective communication a must. Rampaging through the level and tossing out lead like candy will only result in you taking several shots to the dome. You and your team will need to outmaneuver the enemies before eliminating them in order to maintain the element of surprise.

Here’s a gameplay trailer showing some of that super sneaky handiwork in action.

The next piece demonstrates the bullet penetration physics by a man who must be very angry at walls. Hint: If you ever find yourself in a firefight, don’t take cover behind the faux leather chair.

The depth of penetration assigned to the different ammo utilized in various weapons adds a new layer onto a game where a single bullet can put an end to your promising SWAT career. Heavier ammo travels through stouter materials much like in real life, so the previously impervious support column isn’t quite so homey when you’re up against some balaclava-wearing clown wielding an assault rifle packed full of armor penetrating rounds. Do yourself a favor and show this video to anybody you are considering playing with, if only to preemptively answer the age old question of “How did I die?”