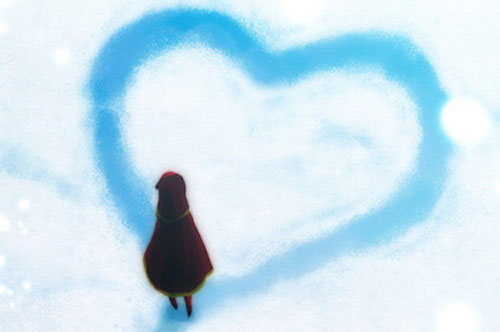 Journey has been out for half a month. We gave it the very highest score possible: a 5 out of 5 co-op score with a 5 out of 5 overall score. We didn't say much about the game, so as not to spoil it, but we told you guys it was a truly beautiful game in respect to story, visuals, and music. Well, it seems that the world agrees. Journey has become the fastest-selling game released on the PSN.

Developer thatgamecompany is absolutely thrilled, and they whole-heartedly thank their fans. The above image is a partial piece of artwork they created as part of a "thank you" to the community. The other part? Since many fans have been requesting Journey's soundtrack, thatgamecompany will be releasing it on the PS Store and iTunes April 10th. There will also be a limited CD release in the near future.