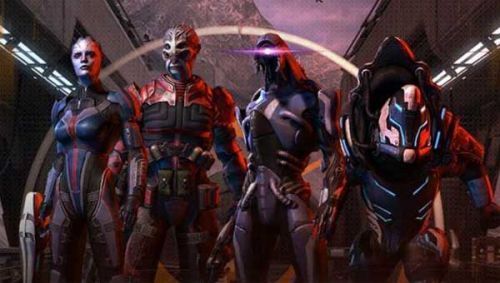 We have ourselves a DLC worth investing in! Why? Because we don’t have to invest anything besides the time it takes to download it! Mass Effect 3’s “Resurgence Pack” will be available this Tuesday for free, just as long as you own an online pass.

With Mass Effect 3 already exploding with tons of content, the DLC will make owning and playing the game all the more worth it, giving you more options to look and play how you want to. Kicking off the “Resurgence Pack” DLC, Bioware will be adding 2 brand new maps, 6 new character choices, 4 new battle weapons, and, finally, 4 new consumable items to use at your discretion.

I think I’ve talked enough. Why not just check out the trailer and see for yourself what you'll be given:

To summarize what you just watched, here’s what it will be featuring in more detail:

-Firebase Hydra – an old abandoned Quarian colony which has been converted into a power facility.

Assume the role of new characters for each class:

Again, the Mass Effect 3 “Resurgence Pack” DLC will available for free download this coming Tuesday, so don’t miss out on free content (because it's a really rare thing to find these days).