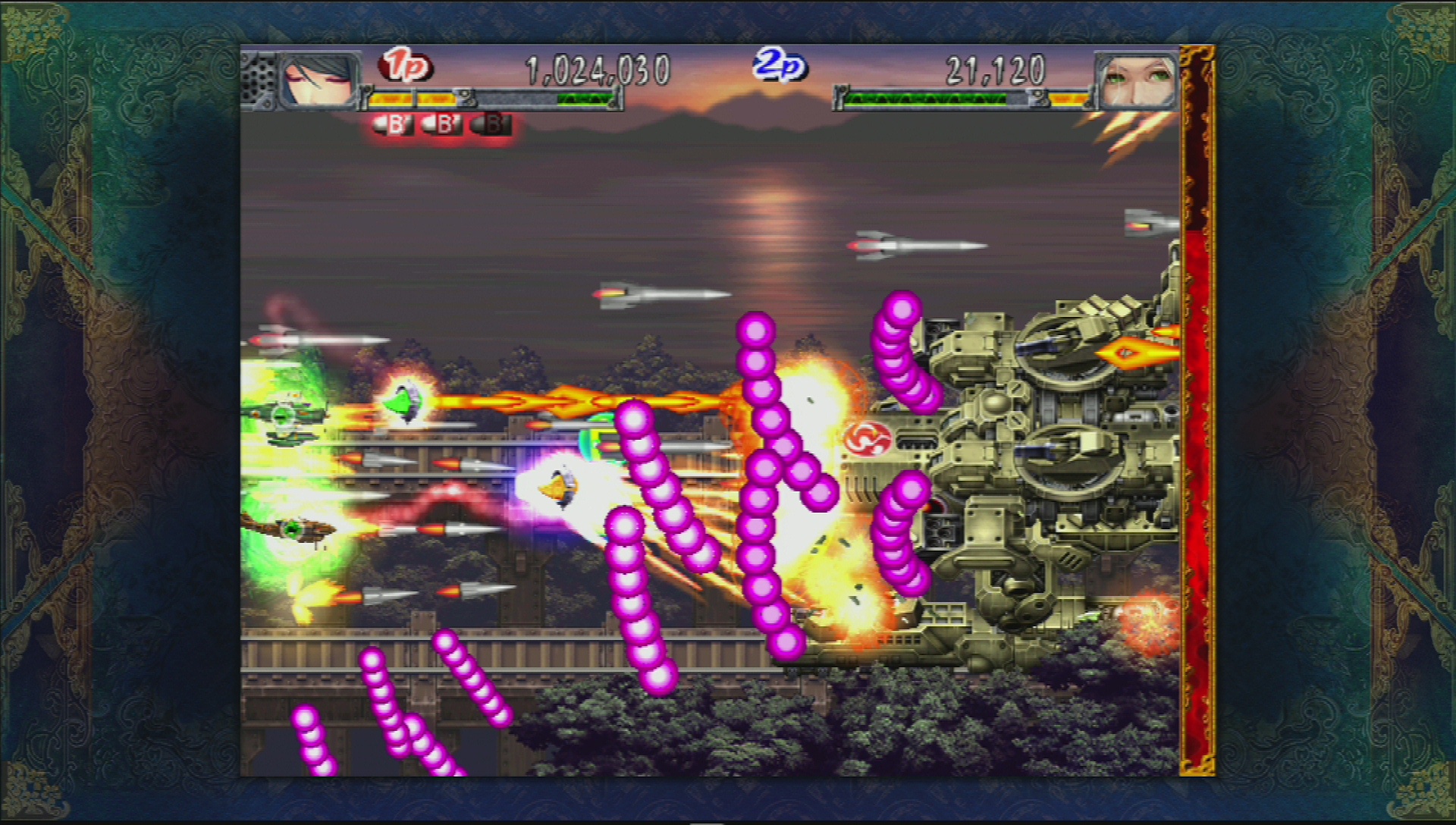 Let's face it, you haven't been dying enough in your videogames lately. Thankfully Rising Star Games is preparing to fix all that by publishing CAVE's seminal bullet hell shoot-em-up Akai Katana here in the US. To celebrate, they've released a new trailer that shows off just how hectic the action gets (and even mentions local co-op)!

Akai Katana is a side-scrolling shmup with 2 player local co-op. It takes place in a fictional Japanese steampunk setting. Players select from multiple characters who can switch between human and ship form as they dare to take on the armies of an evil emperor. The game packs five long stages, three game modes, and plenty of replay value... Also, lots of punishment, as every true bullet hell fan craves.

Akai Katana is scheduled to come to Xbox 360 by the end of spring. Co-Optimus will let you know when the date solidifies further.