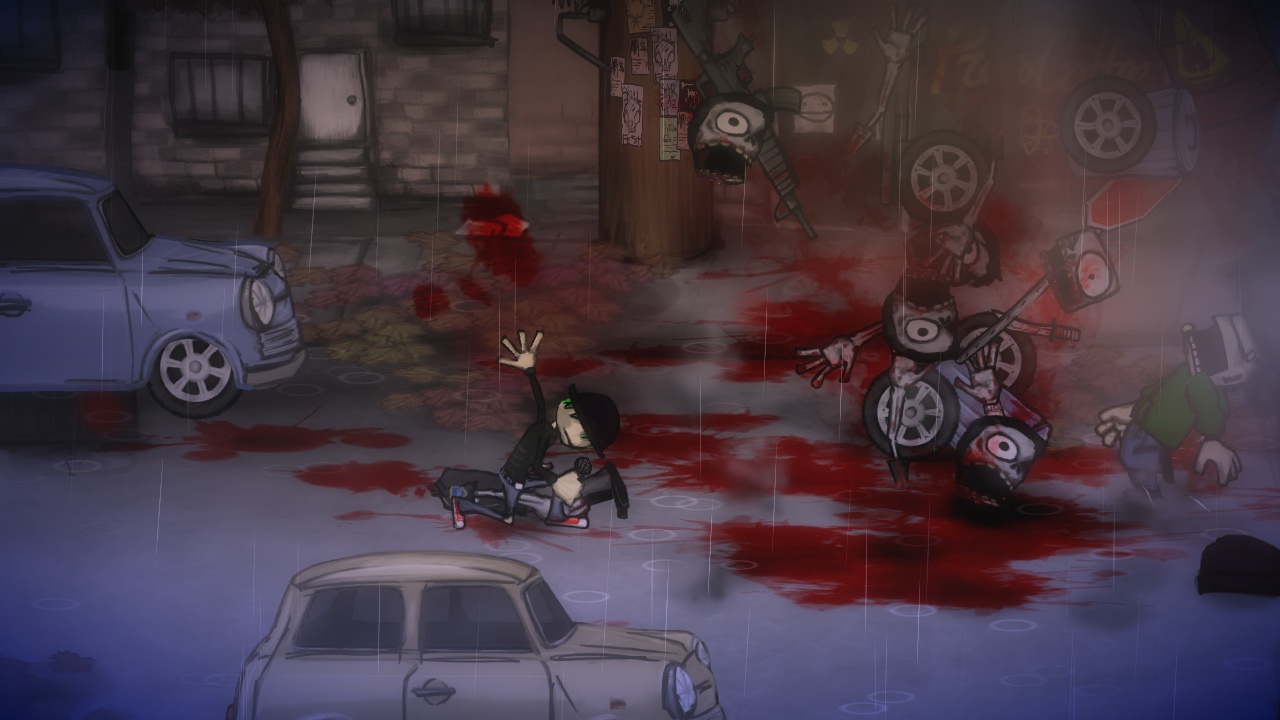 Details are still scarce about Ska Studios' upcoming Xbox Live Arcade exclusive, Charlie Murder. We know it's a four player beat-em-up with RPG elements, which creator James Silva has coined as a brawl-PG. I'm fond of RPG-eat-em-up, myself. Anyway, the game revolves around the members of a band called Charlie Murder setting out to stop the evil band Gore Quaffer and its monstrous minions from doing bad things. That's still a bit vague, but three new screenshots (plus a brief video from PAX East) give us a better idea of what to expect.

I interviewed James Silva last year about Charlie Murder and its influences. If you guessed that this hybrid beat-em-up/RPG was largely inspired by River City Ransom, you'd be right. Obviously it has a totally unique identity based on the developers' interests, but you certainly can't go wrong looking to such a classic game for inspiration. Charlie Murder could end up playing like a darker, grungier version of Scott Pilgrim, and you wouldn't hear me complain.

Charlie Murder will support 4 player co-op both locally and online. It doesn't have a specific release date yet, but the video above hints at Spring 2013. Co-Optimus will keep you posted!