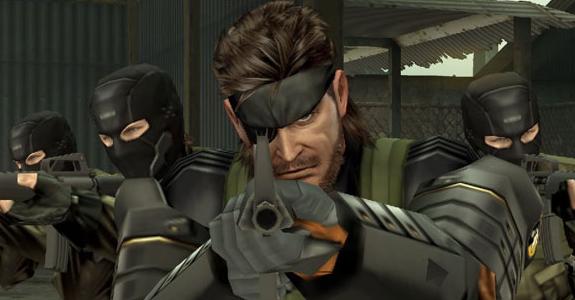 I do like a good collection of games; more pleasure for the same price.  Metal Gear Solid HD Collection is a prime example of this, not only did you get updated versions of some of the earlier single player outings of the franchise, but also a brand spanking new update of the 4 player co-op Metal Gear Solid: Peace Walker HD.  The collection has just been announced for Vita, surely the PSP native Peace Walker would fit seamlessly onto Sony's new handheld?  Apparently not, as a certain game is missing...

Nice to have something new, but why is co-op missing?  There is no word from Konami on the matter, just a complete absence of Peace Walker on Vita.  This is a real shame as Co-Optimus rated Peace Walker very highly, giving it a barn storming 4.5.